Classroom Crisis follows the lives of several young high school students in the Martian colony Tokyo 4 as they struggle to earn a salary working for the advanced technology department of a multibillion dollar corporation. The student workers must create innovative new tech as they struggle against the heavy-handed work Chief who wants to downsize them. 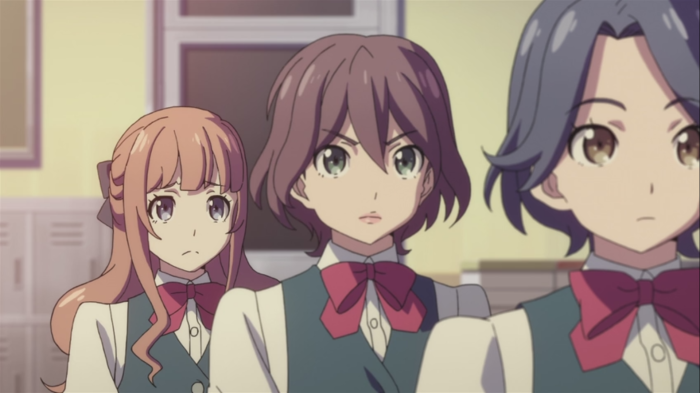 Now featuring the first of her kind: an anime girl brave enough to have lips.

If that premise doesn’t sound completely devoid of sentience, Crisis might be the show for you. The “students” are never shown partaking in any high school activities whatsoever, so it can be assumed that a bunch of middle-aged desk jockeys were rewritten as 15 year-olds because it’s the fucking law in anime. It’s not impressive enough that they all work in an advanced technology research center. Any idiot can be an aerospace engineer, after all. If you aren’t doing it before you’ve even seen calculus, you can just see yourself out.

And whether we find these boobarus appealing is completely based on whether the girl is an illegal age or not.

None of the characters are interesting. The only one who comes close is the token transfer student. Sadly, he’s been taken hostage so he’ll be a bit late to class. Despite having all of four lines before we see his face, the hostage-student is the only one who comes across as smart or intriguing in any way. There’s Kaito-sensei, who wants to inspire a future generation of aerospace engineers and behaves like the math nerd version of Naruto. There’s Iris, who hijacks a prototype spacecraft to fly it through an asteroid field and crash land at a mining colony while no one else does anything but whine at her. Then there’s everyone else who might as well just be stick figure stand-ins because they’re not worth remembering.

He has an escape plan involving three kilos of cocaine and stripping naked.

After Iris saves the hostage-student, Nagisa, we find out he’s actually the hostage-student-boss-HR-Chief-unicorn-wizard or whatever garbage list of titles the plot needs at that particular point. If you haven’t figured out by now what an exciting show you’re watching, that’s okay. The cliche mood-forcing swill substituting for a soundtrack will tell you how to feel at every turn so you don’t miss anything.

Maybe instead of staring holes through senpai you should look at your bloody monitors where your “friend” is trying not to die.

Nagisa Chief-boss-whatever seems pretty angsty to be saved because it cost the company so much money. As of his rescue, he’ll be enrolled in the advanced tech class to downsize the A-TEC group and save on costs, because firing students from a vocational tech high school program is totally a thing that happens. Just in case you aren’t sold by the lack of any believable plot so far, let’s just go ahead and make everything happen on Mars because that’s cool if you’re nine years old, right?

And we’ll give everyone laser swords and there will be a group of teddybear people and a little boy will race go-karts for his freedom. YIPEE!

While the visuals for Crisis aren’t bad, it suffers from wanting to have everything regardless of how little sense it makes. Having single characters fill three or more roles (aerospace engineer, student, ace pilot, mute waifu…) is more of a stretch than believing that the nation of South Africa actually has its own colony on Mars. We all saw what happened the first time South Africa got its own country. Actually, considering the cast is entirely white people, maybe it’s not that absurd. 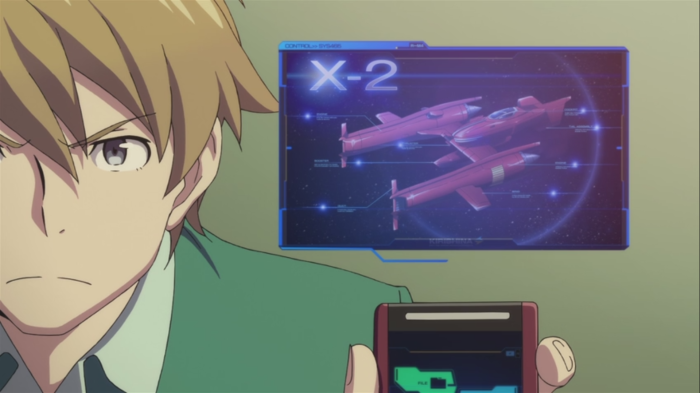 Aerospace engineering lesson one: fins don’t do anything for you in space. In fact, they add more mass, making it harder to generate sufficient initial delta-V and taxing your reaction control systems more. Your engi school is shit, sensei.

The poor planning for Crisis makes it an easy skip. It’s very doubtful any character with a name will ever get the axe as Chief Nagisa slowly becomes less of a twat and realizes the inherent values of each special snowflake in his class. He’ll smile and come to understand that you can’t put a price on friendship. That or he has them build a Death Star. We sure won’t be watching to find out. 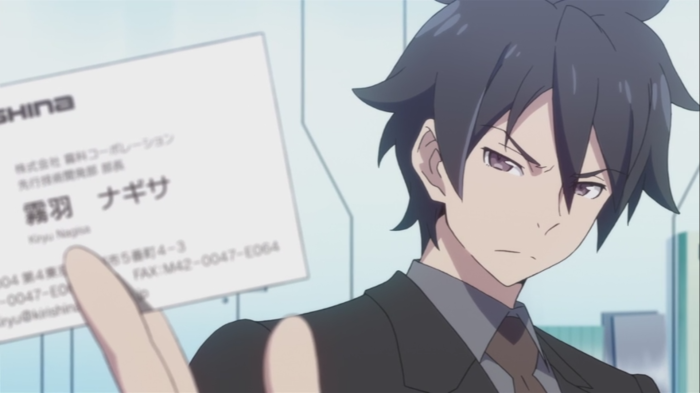 Look at the subtle coloring. The tasteful thickness. Oh my God…It even has a watermark!