Urawa no Usagi-chan is marketed as a slice of life frolic through the daily lives of several female students as they return to school in their hometown of Urawa. 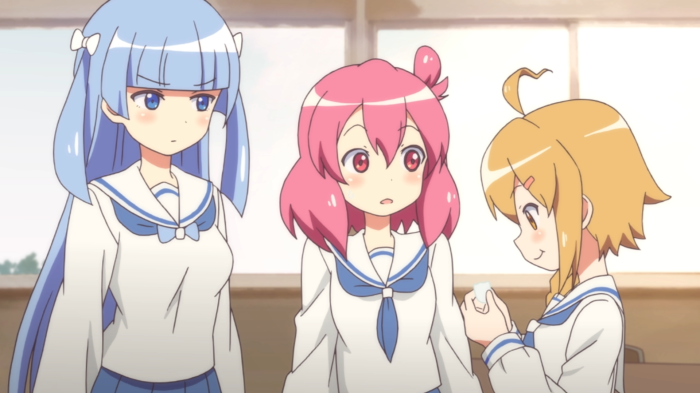 Usagi looks on in shock as her friend makes good on her dare to eat an entire bar of soap.

That’s all anyone can say for the plot. While the series calls itself a slice of life, that feels like a flimsy excuse to be about absolutely nothing. Even the most mundane slice of life series has some kind of theme to it and occasionally the genre spits out masterpieces like Nichijou. On the other hand, we’ve got swill like Urawa, which was commissioned entirely to serve as a tourist draw for the town of Urawa in the Saitama prefecture. 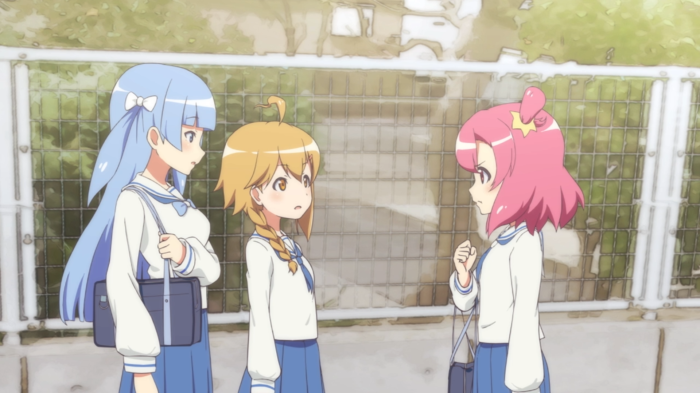 Saitama prefecture features amazing sites like this fence and that bit of sidewalk.

As a tourism grab, the series is rather pointless. The characters are purported to be 16, meaning the target audience is probably about 13 and too young to be planning daytrips across the country. There’s no soul to this anime despite its best efforts at cheering the home team. The entire cast of voice actresses hails from Saitama, Urawa is in the title, and what appear at first to be horrible watercolor backgrounds are probably actually heavily-filtered photographs of Urawa itself. However, the board of tourism isn’t getting its money’s worth considering Urawa is only mentioned once in the first episode and Saitama is mentioned in just one scene in the sixth episode. 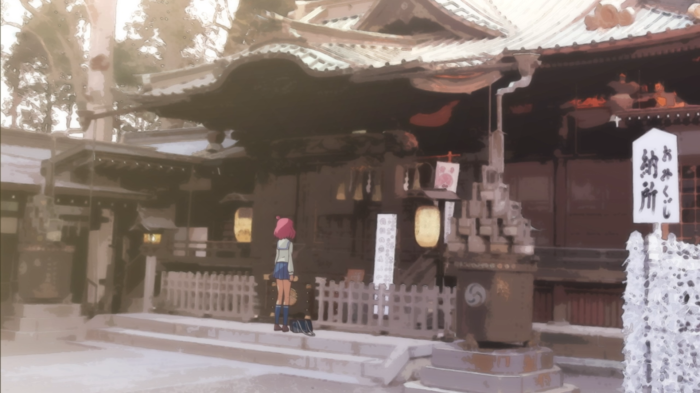 What a beautiful day to take LSD in Urawa.

The first episode opens to Usagi professing that her greatest fault is her cheerfulness as she expresses her love for Urawa and is greeted warmly by all the other girls like it’s Twilight the anime. Despite the episodes only being three and a half minutes each, everything feels very lazy. Even the subtitles are half-assed. Usagi randomly sings a song about how “The shinkansen doesn’t stop!” and fuck you if you don’t know that shinkansen means bullet train because nothing matters anyway. Like the translators, the animators also did the bare minimum. There are an overabundance of still shots and what animation is present has very few frames. While shoddy animation can often be passed off as art a la One Piece, Urawa lacks any of this sort of stylization at all. 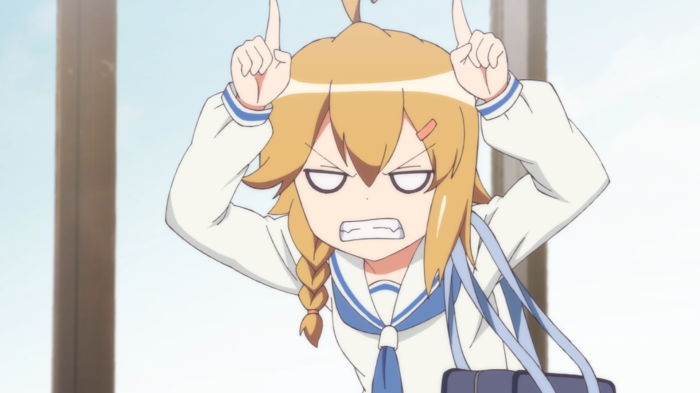 We’re launching a kickstarter to research whether Japanese people actually have noses IRL.

The series doesn’t even pretend to have depth. The girls spout oversimplistic cliches stripped from every other high school animation. The girls discuss how people have magically changed upon entering school. They then talk shit on their friends as though that will make anyone want to go to Urawa. They finally join the Railway Club in which nothing happens. Since the episodes are only a few minutes long and the bulk of the first five takes place in the club room, the series feels painfully like sitting in an actual meeting watching actual bird-brained high school girls actually faffing around. Nothing. Happens. 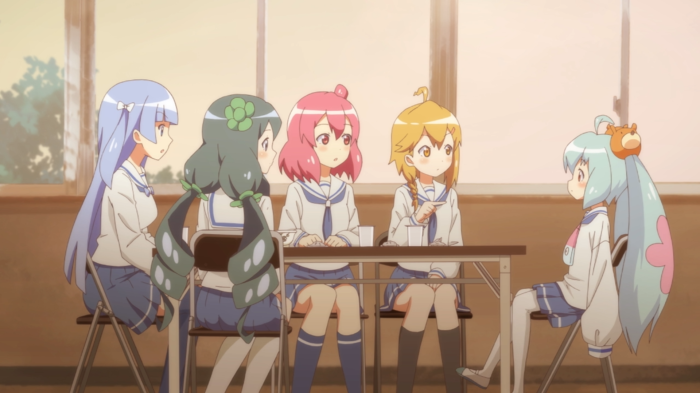 “Why aren’t HER eyes the same color as her hair? Burn the witch!” The sky is also brown in this scene to symbolize that this whole series is a giant turd.

The series also plays host to an inordinate number of stupid sound effects that blast forth at a high volume because no one felt like balancing the audio. The sounds are used to highlight things that should have gone unnoticed, like screen wipes. The last 30 seconds or so of the episode is reserved for an unimpressive outro song and some still drawings upon which we presume only the most desperate of cast members were willing to put their names. The production quality is so low that Urawa plays like some anime nerd’s grandmother told the studio what she thought anime was probably about and they ran with it, obligatory cat-bat-girl-thing and all. 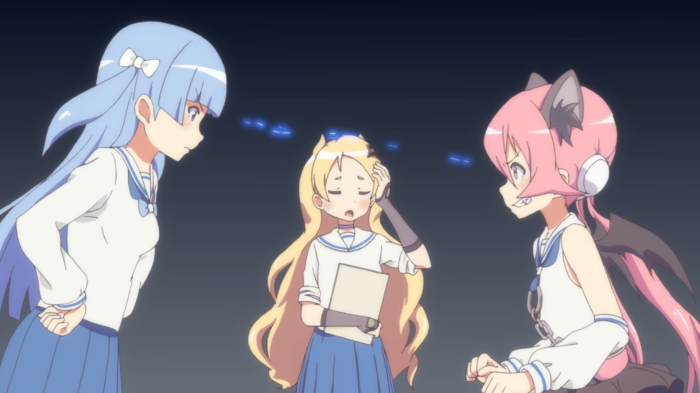 Someone had to wear the cat ears. It’s an anime, after all.

Starting six episodes in, the series remembers that it’s supposed to be promoting a city and tries to do product placement in the most awkward way possible. We can’t even speculate about the meeting wherein the animators were convinced to put in a live action ninja to promote video games and instant ramen. It comes out of nowhere and is probably the best five seconds of the entire series. 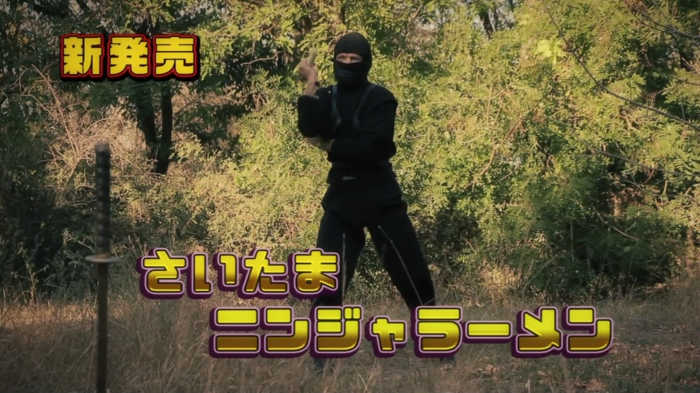 Ninja brand Saitama Instant Ramen, because slurping noodles is the key to stealth.

The only positive thing we can say about Urawa is that its nature as a series of commercials disguised as a children’s anime means that it can’t really be sexualized for no reason. There’s also the part where you close it and realize you never have to see it again. 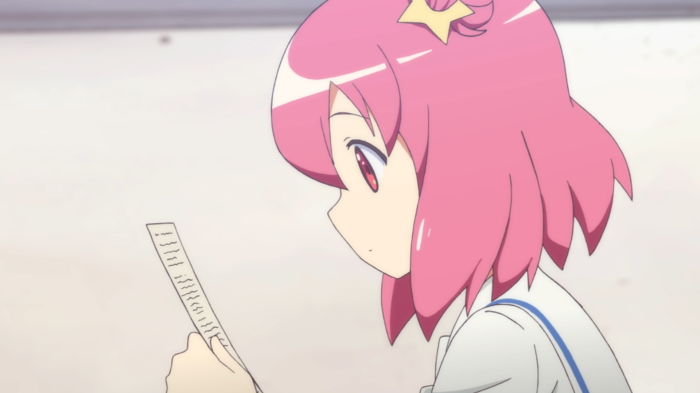 Usagi would be pretty upset about this review if she could read.