This is our full series review. To travel back in time, check out our pilot review.

Triage X would be a fine candidate for the most improved animation of the season. Many of the problems plaguing the first few episodes were fixed throughout the series to ramp up its overall quality. The intrusive combat music loops gave way to more dynamic songs, episodes stopped reusing old scenes, the horrible medical gibberish was toned down, and the characters were all fleshed out with distinct backgrounds. Perhaps most notably, Oriha was actually granted a walking animation.

Walking animation or no, it’s hard to hold anything against a character with enough gusto to wear her own face as a brooch.

As we stated in our preliminary assessment of the series, Triage does one thing very well: the action is intense in almost every episode. One character is in a sword fight to the death, another is having a firefight, a third is rigging explosives to blow up the entire block, and yet another is going full throttle on a motorcycle in a street shoot-out. The show is peppered with comic book villains and soap opera sleazebags galore. Watching the heroes deliver fatal justice to the baddies can grant a satisfying mote of escapism. Sometimes. Dukes of Hazard sure has changed over the years.

The problem is that once you step back from the action sequences, there’s really nothing left. Despite all the small facets that were tweaked for improvement, Triage ended the season in the same aimless way it began. It’s the story of a group of people given a second chance to live after being saved from a near-death experience. Together, they’ll fight villains who are kidnapping people for money. No, wait. That was a ruse. The villains are actually trying to smuggle drugs into town. Wait, no. They’re really trying to replicate a deadly virus. That also has the power to cure any disease. Maybe. 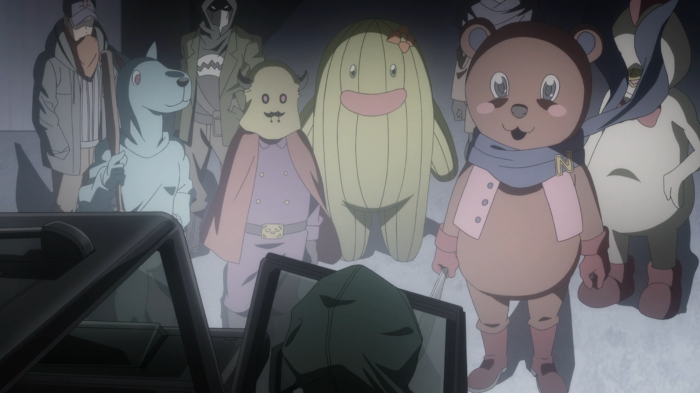 You came to the wrong neighborhood, motherfucker.

Triage gave up on having a coherent plot so much that it has two characters suffering from amnesia tropes. The deepest, longest-running storyline involves a done-to-death Anakin Skywalker stand-in whom a central character fails to convert to the light side. The entire storyline is negated as she’s shot in the head with a crossbow, lives, pulls out the bolt, monologues, and then kills herself anyway. This was the most sensible thing that happened in the entire series between implied and overt rape scenes.

Nothing a lifetime of counseling and/or a convenient amnesia plot won’t fix for the poor girl.

The lack of depth makes the series feel as though it were written for children, but the sexual content and copious amount of murder committed each episode ensure it’s little more than a poorly-written series for adults. The writers like to delay the conveyance of any real plot points because they mistakenly feel that this creates suspense. The true result is that things seem to happen for no reason for long stretches. The poor writing is often coupled with inconsistent visuals for added effect. A slew of corpses will randomly disappear in the same scene that a new person shows up out of nowhere because the episode demands it in order to progress. Every new character appears because the show needed an excuse for something to happen, not because it actually had a plan for that character past the next ten minutes. 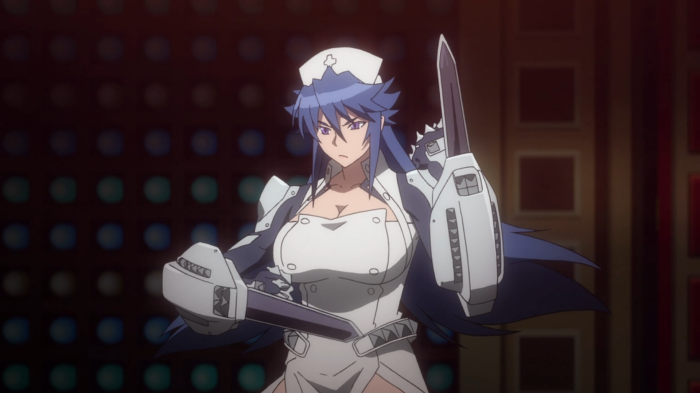 Triage X might have a worse plot than RoboGeisha because RoboGeisha did, in fact, have a plot.

As good as the action can be, the poor writing puts a damper on things. Since everything serves so little purpose toward generating any cohesion to a greater plot, the action feels like it’s just occurring because the show needed to fill a few minutes, not because it makes sense. With rationality thrown aside, you’re also best off not getting too attached to any given character. Some of them will simply disappear for a few episodes for no better reason than the writers didn’t know how to include them while balancing the A Team. 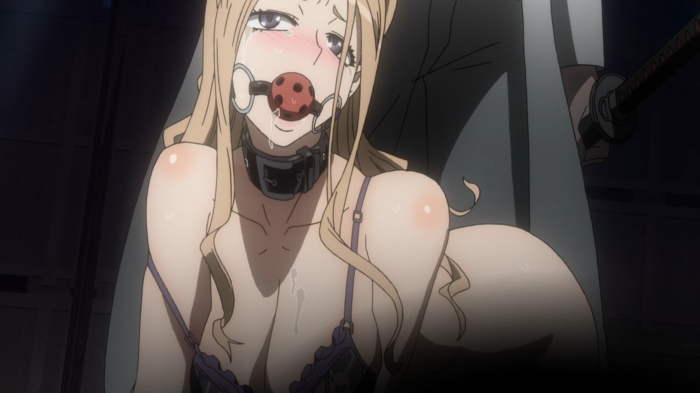 The animation alternates between absurdly wonderful attention to detail and sloppy, last-second drawings clearly vomited out thirty seconds before deadline. The weapons and street bikes are consistently drawn gorgeously, while the paint-bucket coloring and lazy backgrounds do little to enhance the parade of anatomical nightmares. At least three of the first ten episodes (we stopped counting) feature steamy, heavily censored bath scenes attempting to trick people into thinking they enjoyed something. Episode four was decidedly not perverse to the point that we got excited about the show potentially taking a turn for the better. It then slapped in a rape scene and a guy saying something about “giving her hot beef injections.” Triage secured its place at the bottom of the garbage can along with all the other shows that think you’re too stupid to notice something isn’t fun because boobs.

We’re torn between wanting to give Triage mad props for pandering with the slave Leia outfit and feeling like it’s hit a record low because it thought this was necessary.

It can be difficult to review a series and not give away too much of the story, but it should be abundantly clear that’s not an issue this time around. The characters are all collateral damage of the horrible non-plot. Stuck in a world we don’t care about or understand, we find it fairly impossible to relate to or care about any of the characters in turn. Especially notable is token male Arashi, who seems to have zero personality despite the females throwing themselves at him. This is the sort of series that makes it difficult to argue that anime is a combination of various art forms. As Oriha said in episode five, “I won’t forgive them. They’re insulting TV…and our pride.” 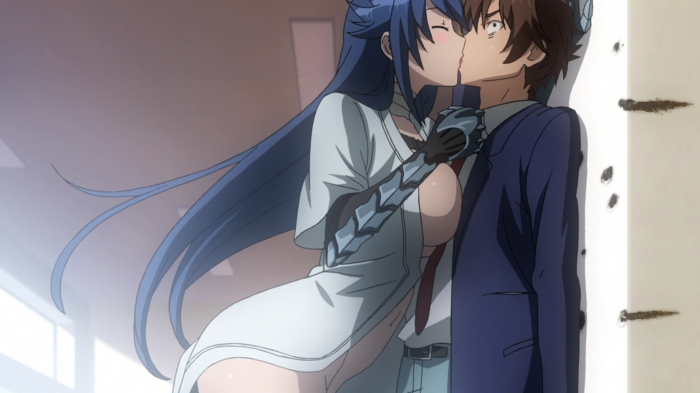